In response to demand, these exclusive and original photographs are currently for sale on eBay HERE! International shipping available.

JAMES BOND MASSIVE SPOILER ALERT – please stop reading NOW if information about the film set and plot would affect your enjoyment of Skyfall.

Edited 04.11.12 to add… As this page is getting so many hits, I’ve added some extra information about the names on the the graves HERE.

grass sprouting from the guttering

Last day of construction today before filming begins tomorrow, so I thought I’d take a last scout around the site before access is restricted. The lodge is pretty much finished now, and the attention to detail is staggering – I love this shot of the grass sprouting from the guttering. They’ve been cutting turves of heather from elsewhere on the common, and using them alter the site; blocking off a track that merges with the ‘driveway’ the Aston Martin is going to drive down, for instance. Today there were guys laying them at the base of the lodge, to help blend the lines, so to speak. They’re building a couple of low walls at the front of the lodge, which they hadn’t even started yesterday, and it was all hands on deck for that. Lots of people scattering fake snow around the place too; my daughter and her friend got to help with that, much to their delight.

So to follow on from my news yesterday that Skyfall Lodge is Bond’s ancestral home, and that the chapel is the family chapel and graveyard, I’ve got some rather interesting pictures for you. I took a stroll up to the chapel, where they’re working flat out to get it all finished, and are building a railed area of graves or tombs in front of the chapel. The wall and railings have been up for a while, but that was as far as they’d got last time I was here. I took some pictures of the headstones – several of which the site crew were trying to piece back together after they’d broken during installation. 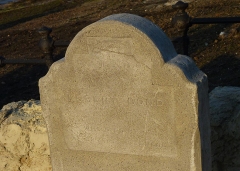 The names on the headstones are Robert Bond, Celia Bond, Valentine Bond,  Kathleen Bond, Andrew Bond and Monique Delacroix Bond. The latter two (same headstone) ‘tragically departed’ according to the inscription. On Robert and Celia’s headstones, the writing is very faint, but reads “who died here at Skyfall Glencoe”. There are three stones on the wall of the chapel. One is for Ramsay William Bond, his wife Magaret Jean Davidson Bond, and their daughter. The stone is broken, whether intentionally or not I don’t know. I think the first name is Elsa or Elsie, and the second name is Louise. Quite a Bond clan gathered up there then; I hope their ghosts can give Daniel a bit of help when Javier’s chasing him round the gravestones.

There’s also a memorial stone for Thomas Grenfell, Ghillie to the Estate of Skyfall. It seems that this location is pivotal to the film then, judging by the title. There is one more large headstone on the wall of the chapel. It is dedicated by Hugh Milne to his wife Alison Mary Birral Milne and their infant daughter Kirsty. Poor Alison died at the age of 25; in childbirth maybe? Hugh lived to the grander age of 72 before joining them. I’ve no idea what significance this has to the Bond story, but I’m assuming there must be some, to warrant this big stone on the wall of the chapel.

Well, that’s all for now; I was going to get an early night tonight, but I couldn’t resist sharing that little lot with you Bond fans. You can repay me by having a look through the rest of my blog! Here are today’s pictures. I’ll be interested to see how close I can get to the action (if there is any…) tomorrow. 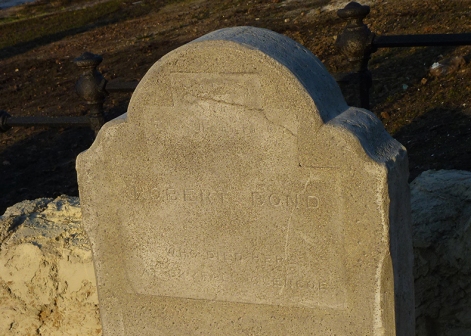 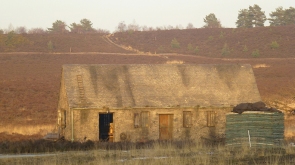 looks so real in the warm sunshine! 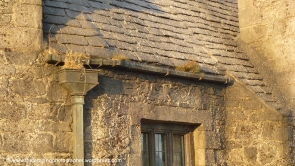 grass sprouting from the guttering 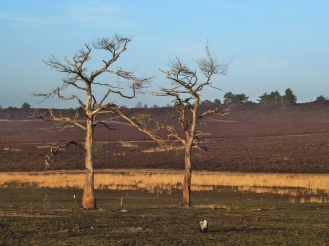 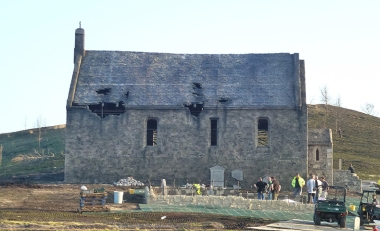 memorial to the milnes

where the wall runs out…